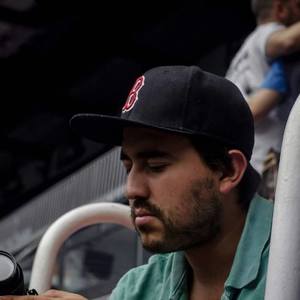 I was born on February 19, 1987 in Nemocón, Cundinamarca. Since I was 14 years old I have written graffiti and executed art projects in the public space under the pseudonyms Cazdos and Word in the streets of Bogotá and other cities around the world. I belong to the legendary Bogota graffiti group MDC (Mientras Duermen Crew) and Vertigo Graffiti

I am a Master in fine arts from the Universidad de Los Andes with an emphasis in Plastic Arts. I am currently studying the fourth and final thesis seminar in the Master in History of Art, Architecture and the City at the Universidad Nacional de Colombia.

I have specialized in weaving the urban history area with the plastic arts. I focus my work in develop the tensions of city throught the performance and street walk like an aesthetic form of knowledge, in this way graffiti action is for me an a prosthesis that give me tools to explore the public space in multiple sence. And the other hand, i am interested in the Landscape like theme and motive in a lot of studio works, where I work in painting, fine art drawing, and in-situ instalations.

I have also worked as a researcher and manager of curatorial projects around the tensions between art and city.

I have been editor and founder of projects such as the forum Escritores Urbanos and the magazine lObjetivo Fanzine. In 2013 I participated in the foundation of the La Quincena space: a place dedicated to the formulation, promotion and exhibition of art projects.