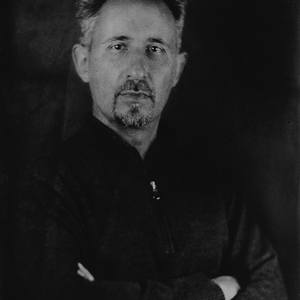 Born in Venice on July 24, 1974, Matteo Chinellato initially developed his passion for photography through his father, a renowned art restorer, who asked him to take pictures – at the time using analog cameras – of the paintings and other art objects undergoing restoration.
His first camera was a Mupi M6 which he received as a present when he was ten and with which he took his first shots. In 1985, on the occasion of Pope John Paul II’s visit to Venice, he used a Pentax MX with a zoom for the first time, thus taking his first pictures related to “news”.
This event marked the beginning of a new enthusiastic and absorbing passion for photography.
After taking his degree as a Master of Goldsmith’s Art at the Art Institute of Venice, he started his academic studies in Cultural Heritage at Ca’ Foscari University (Venice), which he abandoned two years later due to the military service. During his university period he met prof. Italo Zannier – with whom he is still in contact – who introduced him to the History of Photography and who – as testified by his mark (30 with honors) at university – constituted a turning point in his passion and career.
In 1997 he started helping his parents in their business as art restorers by taking art photography pictures of painting, statues etc. which kept on arriving at their lab, to document any advancement. He later worked as the official photographer during the staging of art exhibitions held at Fondazione Giorgio Cini in Venice.
In 2009 he moved from amateur to professional photography, and specialised in micro-macro mineralogical-gemological, nature, aviation, cinema and news photography.
Accredited photographer at several important events in Venice (Film Festivals, America’s Cup, Pope’s visit to the city, to mention a few), he started to cooperate with Getty Images, Corbis Images and PhotoShot as well as with various other important newspapers such as Corriere della Sera (Veneto).
Many of his pictures have been published on papers, magazines and books as well as online.
In 2014, thanks to the help of his friend and mentor prof. Zannier, he had his first solo exhibition on Venice, which was a success. Many of his pictures can be found in the private collections of several renowned Italian photographers.
In September 2014 he had his second solo exhibition at the Film Festival in Venice, while in November of the same year a third photo exhibition focused on the First World War.

Degree in Master of goldsmith's art at the Istituto Statale d'Arte of Venice, Italy