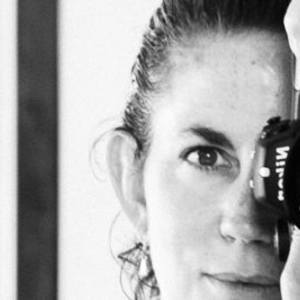 I was raised in New Jersey with New York as my background. I grew up surrounded by photography. My grandfather was an avid and keen amateur photographer who inspired me. I started with my instant Polaroid camera when I was 12 – it was a little piece of magic to me at the time.

In my 20’s, I was trained as an actress, writer and filmmaker at the Esper Studio and the New School for Social Research, both in New York City. During this period, I always had a camera with me and really started sharpening my eye as a photographer. I moved to New York in 1994 to continue my career as an actress. However, I slowly found that I was falling in love with photography and started seriously studying the craft at the International Center for Photography in N.Y.C. trading in footlights for strobe lights. It started with black and white film – shooting, developing and printing; then color film and printing. When I received my first digital camera my passion began for digital photography and archival pigment ink jet printing. In 2012, I moved from New York City to San Diego where I am currently located.

Photography in my mind has evolved out of painting. A painter will select a cropped image of a scene with their eyes and begin to paint, I approach my images the same way -- for the most part cropping in camera. Many people mistake my photographs for paintings, which I love and secretly encourage.

I am inspired by my international travels and all traditions of art – film, literature, sculpture, painting and of course from all the amazing photographers from the past to the present.
In 2018, I opened my first working studio and boutique gallery in Solana Beach, CA on Cedros in the Design District. The gallery features my diverse photography with works in progress and finished pieces all which are printed on site. All of the photographs are archival, museum quality, pigment ink prints. In addition, I print on a variety of museum grade fine art papers and metals.

My photographs are in private and corporate collections. In 2017 the Andaz Hotel, in downtown San Diego, licensed two of my photographs to create a large mural in their primary event space.

I have served on the boards of the San Diego Museum of Art Artist’s Guild and the Del Mar Art Center as both an artist and director.

April 2019 - September 2019 - Art & Commerce: The Cedros Avenue Night Stroll is on the last Thursday of each month. The CF Fine Art Photography Gallery will be having a new exhibition each month and the openings will be on the evenings of the Night Stroll. There will be art, music and refreshments. 5pm - 8p.m. at the Cedros Design District on South Cedros Avenue, Solana Beach, CA 92075 https://www.cedrosavenue.com/

March 26 - April 2014, Exhibiting in a group show by The San Diego Museum of Art Artists Guild Group show, “Made In San Diego” at the Poway Center for The Performing Arts.

September 2013, Exhibiting in a group show, “The Story Of The Creative”, in New York at the See / Exhibition Space in Long Island City.

September 7 - October 2013, Exhibiting in a Juried International Exhibition with The San Diego Museum of Art Artists Guild, “Contemporary Expressionism: The Creative Spirit, San Diego, CA. The independent juror is Derrick R. Cartwright, PhD, who is the director of University Galleries of SD and Professor of Practice, Art History.

June 8 - July 4, 2013 Exhibiting 8 photographs at the San Diego County Fair, four photographs in the Digital Photography Division and four in the iPhonography photograph collages in the Cell Phone Photo Division.