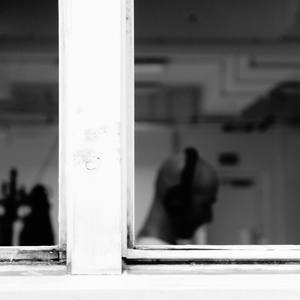 As a multidisciplinary artist, I am using a wide range of techniques and formats that references a literal notion of labour.

I re-visit (ideas of) non-existent laboratories, factories, and chain production sites that I intend to reclaim from an ever-present, urban gentrification.
I sculpt "effort" as it is, a form of physicality.
The concepts of materiality, weight and balance run alongside the notions of touch, time transience, and transformation.

These sites become spaces for mental projection. They become chambers of imagination where reality and illusion coalesce. "In-between" limbos for latency and reminiscence.

Born in Marseille - France, live and work in London