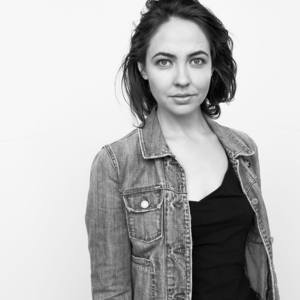 A Perestroika baby, I was allowed to be fascinated by American culture. From Russia you only know America from Hollywood movies and Pop music videos. With a mind already primed for propaganda I had no hesitation accepting the fantasy, unaware that America not only tolerates propagation of this dream but that its entire economy is dependent upon it. Little did I realize that the American Dream had long been dead if it ever existed at all.

In 1996, the zombie capitalist playground known as Central Florida became my home. I was welcomed by strip malls, convenience stores, fast food establishments, family friendly chain restaurants, and gas stations where 24 hours a day I was free to buy a t-shirt that said "GOD DON'T MAKE NO TRASH." This was serious business to me since I was used to waiting in line for our monthly rations of single-ply.

My current work reflects the gluttony of the over-saturated market. The images were captured on my travels throughout the country between September 2008 and the present.

I take photos because the world is always changing and prone to white-washing the hardships from which we ought to have learned, but these images are static, frozen bits of time to mark the grave sites of the insatiable giants.