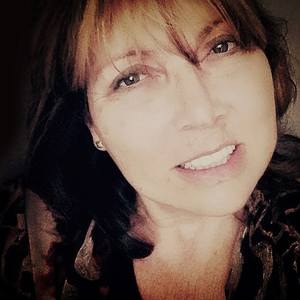 Dagmar Lukes, profesional visual artist and designer, member of UVU CR and IAA/AIAP. Masterfully controls and integrates technical and expressive painting, printmaking, photography, digital technology. Invites viewers to discover unsuspected common lyrical and decorative qualities seemingly mundane reality. All masterfully umbrella subtle and difficult to define quality, which is inaccurately called taste and sense of style.
Original exhibition occupation and later stage designer at the first alignment simultaneously to the assemblage, which is famous at home and abroad. Demonstrated in them a sense of the dramatic expression, "proscenium theater" spectacle for the play of colors, lights, glare, to work with drapery, for word-character props for scenic design space. They were and are amazingly bizarre assemblage, dramatically beautiful, decorative, even luxurious. Masterfully manages not only these "baroque" aesthetic attributes, but in the currently evolving field of his work in interior design shows that it can equally well apply sobriety and purity of expression, sense of material quality furniture for functionally neat solution space.
It would be interesting to know how a normal audience realizes that elects actually only two ways relation to art: Either prefers art that calls for a common intimately engaged expedition to burning and will often repulsive recesses of the current reality; terms of the form is invited to untrodden and will often blind "experimental" art path. Or do you prefer art that? Only? having fun, enjoying impressed and pleasantly cultivates intimate privacy of the home. To put it another way: prefers art controlled by two banks - understandable free art and exquisite design. As Dagmar Lukes.
-JMJ-