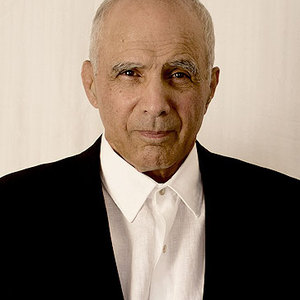 Born in Los Angeles, Metrov began his professional life in New York City in 1970 working as a designer/illustrator, then as a Fine Arts painter in a loft studio across the street from Andy Warhol's Factory. He studied painting with Gilbert Stone, a Prix di Rome Scholar, whose mentor was the late, great Gregory Gillespie. Metrov's paintings currently reside in dozens of collections worldwide. Patterson Sims (former curator New York Whitney Museum), Mick Jagger, Bianca Jagger, Keith Richards, Ben Vereen, and Margaux Hemingway are a few of the aficionados who have collected his work. He left his mark on America's 1970's sub-culture as punk rocker, Tony Coca-Cola, singer/guitarist of the Roosters. After ten years, he segued into motion pictures when he realized that films had the potential to be paintings that moved and made sound. After many years in the film business, writing (screenplays & novels), directing, producing"”the whole time continuing to paint, exhibit, and produce art videos"”he has finally come full circle and returned, full-time, to his first love, painting. His main influences are Leonardo da Vinci, Chuck Close, Walt Disney, Pablo Picasso, Gregory Gillespie, Jim Nutt, Jean-Michel Basquiat, Andy Warhol, and Frank Stella.

“Artists are not Human. A true artist is a juggling instrument, his art a mosh of intellect, emotion, and intuition. No matter what brush I use, my work will always derive from current technology (intellect), my urge to engage in the Great Conversation of Modern Art (emotion), and the status of my own personal growth (intuition). My job is to blend all that... to make something that provides me and my audience with clues to becoming Human.” http://www.metrov.org metrov@metrov.org