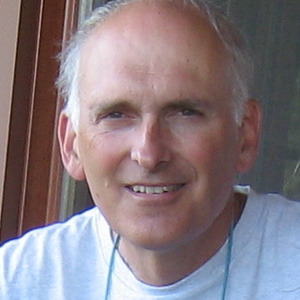 His sculptures have received international recognition and garnered a number of important awards. A cast glass work merited The Museum of Art and Design Award (formerly the Museum of Contemporary Craft, New York City) at an international invitational exhibition held by Habatat Galleries, Detroit.

James was introduced to hot glass in the mid-1990s at a Bavarian arts camp run by the European glass pioneer, Irwin Eisch. The experience was so inspiring that he took a leave from management consulting in London, England and immersed himself in glass blowing at the prestigious Orrefors school in Sweden. Back in England, he studied and later worked with the renowned U.K. cast glass artist, Colin Reid.

James returned to Canada in 1996 and left consulting the following year to open his first casting studio in St. Henri, Montral. His works have drawn the attention of numerous publications. They are included in 500 Glass Objects, A Celebration of Functional and Sculptural Glass (2006), and The Contemporary Glass Art of the World (2004), the first Chinese survey of international art glass. Articles about his work have also appeared in specialist glass art periodicals and he has participated in many exhibitions across North America.

Several juried invitational exhibitions have requested James glass creations, including The Glass Vessel: An International Invitational at the Kentucky Museum of Arts & Design, Louisville, Kentucky, and Infiniment bleu at the Muse de la civilisation, Qubec City. His sculptures are part of the permanent collection of the Musée des beaux-arts in Montréal and in corporate collections at the Banque Mirabaud in Montréal, Northwater Capital Management in Toronto, Orkin Collection in Atlanta, Georgia, and the Tata Collection in Las Vegas, Nevada.

Born in 1949 in Deep River, Ontario, David James has a Bachelor of Arts degree in history and politics from Trent University, Peterborough, Canada and a graduate diploma in journalism from the University of Western Ontario, London.

He worked for CBC Radio for a decade, his last post as its Paris correspondent. In 1983, he graduated from the MBA program at York University in Toronto and then joined the management consultancy, McKinsey & Co.

In 2004, he moved his studio to Sutton, south of Montréal in the spectacular Eastern Townships.