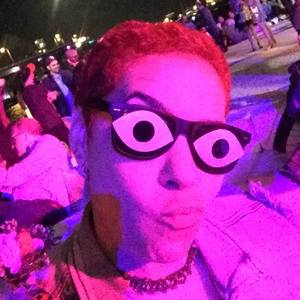 There is no such thing as science fiction!
Ko’s interactive art plays with Mediated Reality, Collective Consciousness, and Layered Experiences. Voyeurs are invited to engage via their smartphones or more traditionally (with their eyes); their experience altered by the amount of technology they’ve invited into their lives.

STATEMENT
“Future and ancient, natural and artificial, seductive and scary; our strange and modern lives are driven by juxtaposition and synthesis. To live in the ‘now’ is to live in a strange and surreal state of being. Reality has subsumed fantasy, life imitates art and vice-versa with a whole new level of intensity; together we ride this roller coaster feedback loop. The collective consciousness steadily strives towards deus ex machina; we are made connected but separate by our technology. There is no such thing as science fiction; all our stories, dreams, beliefs are are simultaneously true and entirely delusional.”


ARTIST
Erin Ko is a visual artist from the United States. She combines traditional art-making methods with new media tools to address our complicated love/hate relationship with technology. She is classically trained and has worked in video games and new media. She is the co-founder of Hutong Games.

May 2017 :: Children’s Museum of the Arts :: Annual Gala/Fundraiser