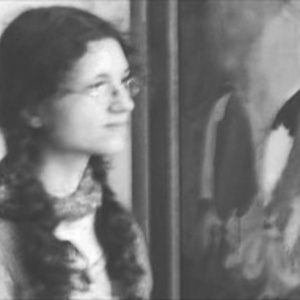 The theme of inhabitation has been central to my artistic process, as well as the blurred limits between what are considered "˜artistic "˜and "˜private' spheres. I have re-located and dis-located elements of these inhabited spaces in order to explore the idea of a "˜lived' art form.

Gradually, I have grown into defining the concept of space as both an architectural/ phenomenological space or, equally, the space of the drawing generated within the blank of the paper surface or the drawing -space occupied by written text on a page).

I have grown into seeing all these different material spaces as forms that can be "˜musicated' by a drawing-rhythm which could be manifested in a multiplicity of materials and shapes and can be poeticized through labyrinthine strata of associative meanings that could both generate and be determined by them .

I have also grown into understanding that, for me, as a painter, this spatial drawing is deeply connected with a phenomenological perception of light and intensifies a way of tracing the light- perception within a space and making it visible/present. My installations/drawings/language-object collages are attempts to poetically respond to a space, to alter it, or trans-form it into something impalpably different. I am looking for a stretched here /now, an enhanced consciousness of the space co-inhabited by the artwork and the viewer.

This concern could partly be described - in the terms of the phenomenological topoanalysis defined by Gaston Bachelard in "The Poetics of Space" - as a primitive poetic image of the house. It refers to creating an "˜extended, spatial object' whose membrane is the locus of two types of reflections - a reflection of the self and of the outer, surrounding space, with its own identity and character. It could also be partly be represented as a Deluzian curving, waving space, a labyrinth folding/unfolding ad infinitum, a very fluid understanding of matter and its unfixed, flowing transformations.

I believe that what I have been looking at essentially in all these "˜gardens with forking paths' (as Borges would have called them) that I have been walking into and leaving, then constantly revisiting again during my research, has been the idea of consciousness generating form, and its unfolding , refolding, waving into space.

A special focus of my research has been that of architectural forms and analysing what generated them as well as the way they affect the identity/ way of being of an individual or a social group. For my latest project, house Mon-/Mel-/Mer-/Daedal, I was especially interested in the issue of constraining collective architecture and that of politically imposed ways of living/accepted ways of being in various socio-political contexts. I believe that I was drawn towards this subject due to the fact that I have experienced the effects of the brutal Communist collective housing system in my native country, Romania. I became therefore very interested in the themes of functionality as a form generator in architecture as well as that of ideological/ political generative factors (for this perspective I am partly indebted to Foucault's revealing theorizing of the "˜disciplining and punishing' architectural systems). I have also been especially interested in the rapport of painting and architecture and I have found, for instance, Mondrian's writings on this theme very revealing and inspiring.

Eventually, I decided to dwell upon the case of Konstantin Melnikov's house in Moscow - which was purposefully built as a phenomenological experiment of fluid architectural interaction with light (the apertures were constantly shifted throughout the life of the building by the inhabitant-architect). It was, at the same, a manifestation of curvilinear, freely expanding architectural forms that consciously opposed the enregimenting, repetitive cubical agglomerations that the Soviet regime imposed to collective housing. I found very close parallels between those types of structures and the ones of the London council buildings where I had rented a flat (another case of constrictive collective habitation, to my view, under the guise of democratic social care).

For this reason, I decided to build my installation initially in this inhabited space as I was particularly interested in my artistic response to this type of rigid architectural space.

As a technique I chose collage because I felt it reflected best my wish to explore a stratified, labyrinthine space-matter, an accumulative, intuitive type of building in an acute perception of space and my need to incorporate closer or distant associative echoes and entire metaphorical worlds swirled into the substance of the text-drawing structure I inhabited. The collaging technique I chose created essentially attached, spontaneous structures that could be easily shifted and transformed and maintain a continuous sense of movement and fluidity.