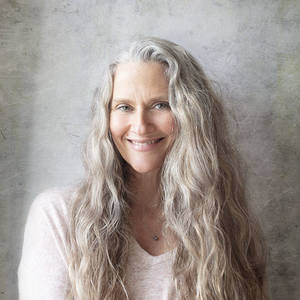 With my photographs, I hope to evoke an awareness of one’s own journey. And to unveil the ethereal beauty of our souls, at the deepest level. I hope to inspire the viewer to look deeper into one-self and make that quiet connection.

Erika Masterson is a fine art photographer in Satellite Beach, fl. After receiving her degree in photography from the Southeastern Center for Photographic studies in
Daytona Beach, Florida in 1990, she has been working as a commercial portrait photographer for the past 20 years in California and Florida. In recent years Erika has expanded her Art including many exhibits and awards. Amongst her many accomplishments, her quiet and soulful images have been published in numerous magazines such as Black and White Magazine 2014 & 2017, Silvershotz Magazine, Shots Magazine, 5x5 Magazine, Victoria Magazine 2000 & 2016, Bella Grace Magazine, Raine, Shadow & Light and In-Style Magazine. Erika recently has images being sold around the world on greeting cards with Palm Press.


Erika lives in Satellite Beach, Florida with her husband and their four children who are often seen in her creative work. View more of Erika’s work on www.erikamasterson.com

2017 Julia Margaret Cameron Finalist-Series “A Message for my Daughter”

2014 May The Center for Fine Art Photography, Fort Collins, CO. Black and White exhibit with Jason Landry, image “The Mask”.

2013 April-May. Art Gallery of Viera’s “Black and White and Art all over” exhibit. Vanishing Blooms series.

2016 Dec. The Sun Newspaper, London Feature “Parts of the Earth”

2016 Jan “Victoria” Magazine Feature story on series, “A Message for my Daughter”