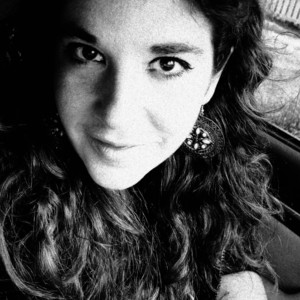 I am a healing artist. I use color to place emphasis on the natural world and believe that the first step in healing the Earth is healing the Self through Awareness. We are in a constant process of "Becoming" and the Human Race has a tremendous potential to overcome great obstacles and become an integral part of the environment and spirit of the Earth. This process of evolution is our birth right, it is healing, synchronized with the natural realm and it is a peaceful transformation that cannot be suppressed. My goal through art is the transformation of our world through creating colorful awakenings and divine connections for the benefit and healing of all sentient beings.
www.rachelhouseman.com
zhibit.ord/rachelhouseman.com
eyeonthemountainartgallery.com
thesongofthetrees.com
humanpotentialtarot.com

Rachel studied art, world religions, ecopsychology, and counseling psychology at Goddard College. She graduated with a BA in Liberal Arts in 2000. She then went on to received a Masters in Counseling Psychology from Prescott College in 2007. She as since worked as an Art Therapist and Expressive Art Therapist for over 8 years and has experience in healing rituals for public and private groups, teaching art classes in the public schools, in groups and in private sessions. She is working as an artist and therapist in hopes of creating her own set of unique healing books and card decks, and eventually a curriculum of study at the collegiate level called "Art and Consciousness." She is licensed in Art Therapy, ATR-BC, She is a canaidate for REAT- Registered Expressive Art Therapist, holds licenses in 2 states for Professional Counseling and uses Sandtray and EMDR to assist clients in their healing. Rachel first discovered the healing qualities of making art in her own experience in 1997 when an art piece created positive change in her life. Rachel was attracted to the field of Art Therapy in 2004 at a 3 day institute at Naropa University in Boulder, CO. She has since become a member of the American Art Therapy Association and has membership with the National Board of Certified Counselors and the New Mexico Counseling Association. She currently works in the clinical setting, private practice, and teaches "Healing Through Art & Transformation" in workshops with an emphasis on the process of transformation in regard to healing oneself through an attuning through Art that connects us to the Earth. Her art career began after she studied in Art and Healing and Studio Art, Graphic Design and Fine Art at Goddard College and graduated in 2000. She managed an art gallery in Plainfield VT "The Blinking Light Gallery" for 4 years before opening her own gallery "Eye on the Mountain Art Gallery" in 2004 in Prescott, AZ where it was there as a staple of the art community until moving in 2011. She moved the gallery to Taos, NM in 2011 in hopes of creating a new concept Fine Art Gallery with an emphasis on "Sacred & Visionary Art" and with much success this idea took flight! After this the gallery moved to Santa Fe in 2014 bringing it's vision of healing for the community through a special collection of colorful, meaningful, with the sacred/ visionary themes. She is continually devoted to the raising of consciousness and awareness of her viewers and clients through her gallery and shows.