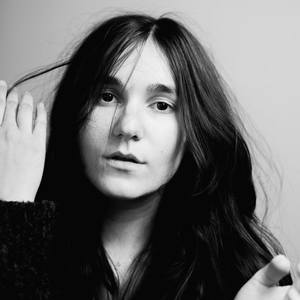 I am a 25-year-old visual artist and freelance photographer, with an interest towards Cultural Anthropology and Storytelling, constantly looking for new ways to nurture self-expression. In art, I situate myself somewhere near the thin line between reality and otherworldliness, easily floating from one side to another.

2016-2018 MA degree in Ethnology, Cultural Anthropology and Folklore at the University of Bucharest

In 2017 I was selected as one of the five young photographers to attend a photography residency in Deauville, France, which resulted in the creation of a project exhibited during the Planche(s) Contact festival. Also, in the same year, I was one of the finalists of the Saatchi Selfie competition, having my work shown during the "Selfie to Self-Expression" exhibition at the Saatchi Gallery in London.
In 2016, I was selected by PhotoBoite as one of their “30 under 30 Women Photographers”.
Over the years, my work has been awarded or commended in competitions such as Paris Prix de la Photographie, Sony World Photography Awards, D&AD Photography Awards, Moscow International Foto Awards, IPA. My images have been published in print and online publications among which: The New York Times, Fisheye Magazine, The Pulitzer Center Blog, Der Spiegel, Calvert Journal, Lens Culture, Il Post.

“In the pursuit of light” exhibition at the R K Burt Gallery in London, September 2014

“Travel Photographer of the Year” 2014 exhibition at The Royal Geographical Society, London

“25 under 25” exhibition at the Galleries of Cleveland State University, Ohio

“IDentity” exhibition at The Center for Fine Art Photography, Colorado

“I’ll be your mirror: The Portrait” exhibition at 1650 Gallery, Los Angeles