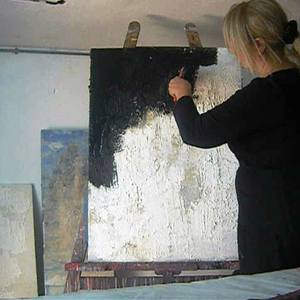 My last collection about "The Quest for the absolute"
THE MORE I EXPERIENCE MY OWN TRUTH, THE MORE I GROW INTO THE TRUTH OF WHO OR WHAT I AM!
So, your truth, might not be my truth, and vice versa.I sometimes find myself in particular states, a sort of state of grace. I wonder how inspiration comes to me and where it comes from. I have the feeling of entering into communication with unknown spheres and being mysteriously helped in my creation, as if an external alchemy was doing a part of my work. This is a strange phenomenon, common, I am a kind of mystic listening to an absolute.