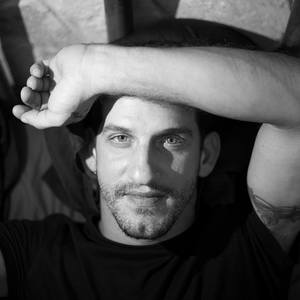 Gabriel Guerra Bianchini is a Swiss self-taught photographer born in Havana on September 13, 1984. He has devoted most of his work to Art Photography and Performing Arts.
Bianchini is the first artist to show an outdoor exhibition at Havana Cathedral Square, Cuba’s main plaza, in its 498 years of history; in addition to having presented the largest outdoor photographic exhibition held on the Paseo del Prado during the XIII Biennial of Havana Invited by the SeeMe Community, he was present at The Armory Show and the Chashama Gala in Time Square this past June. Some of his pieces were also exhibited at MIA Photo Fair 2018 in Milan.
His photographs have been part of prestigious musicians’ records such as Silvio Rodríguez, Leo Brouwer, Pablo Milanés, Francisco Céspedes and Harold López-Nussa.
He has worked at international events like Rio Loco and Pause Guitare in France and Viva América in Spain. He covers Cuba’s most important music events, including The Rolling Stone concert, Diplo & Major Lazer performance, Leo Brouwer’s Chamber Music Festival, Havana World Music, Jazz Plaza and many more.
Bianchini has been featured on Conde Nast Traveler, Artribune, Vistar, OnCuba, Nuevo Herald, among others.
Along his career he has completed more than twenty personal and collective exhibitions.