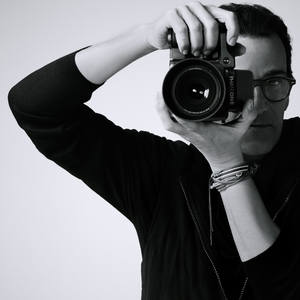 For internationally renowned Los Angeles/New York-based fine art photographer Giuliano Bekor, life and creating pictures are the same; it is his work, his play, his sustenance, and his fire.
Bekor launched his thriving commercial career in New York City as a professional photographer shooting beauty, fashion, and entertainment campaigns for premiere ad agencies and glossy magazines around the globe. Today, based out of New York and Los Angeles, he travels extensively with each month, finding him hard at work on a new project in a different country.
Concurrently to his commercial pursuits and always working in-camera, Bekor developed his own fine art visual language – a breathtaking mélange of human forms rendered abstract with highly saturated colors, lashings of light, extreme textures and bold silhouettes. For the last decade, he has solidified his stature in the art world limelight with his work becoming an in-demand collectors’ favorite. His 2015 participation in the Salone del Mobile in Milan established his reputation as an art world favorite. Since then, he has exhibited in galleries in Athens, Paris, New York, and elsewhere.
Exploration is in his blood. Bekor’s connection with photography began the moment he picked up his first camera at age eleven. From early childhood, he lived and traveled throughout Europe, soaking up sensations, cultures, and colors everywhere he landed.
In addition to his signature, large format visual style, Bekor has developed his own signature working style as well; one of total concentration and immersion without distraction. His work demands attention and is expressive and alive because as he’s creating it, Giuliano Bekor lives for nothing else.