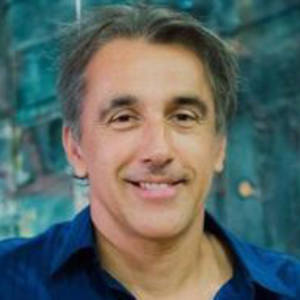 Goran Petmil was born in Serbia and went to the University of Arts and Paintings in Belgrade where he graduated with a bachelor’s degree. Since then, Goran has exhibited his artwork in both Europe and the United States, participating in both solo and group exhibitions and earning various special mentions and awards.

Goran’s main media is mixed media, making tri-dimensional art. His sculptures, installations, and paintings use a wide variety of unusual found materials filling galleries and spaces with art works that act as a looking glass to the viewer's own imagination. Goran's work encourages the viewer to touch, and experience his art's energy getting lost in it.

Goran has contributed with his art to various museums and collections, most noticeably are his collages being permanently exhibited at the Ontological Museum in Santa Fe, New Mexico; and the Mosaics on the outside facade at the Saint Petka Orthodox Church in Saint Marcos, California.

With Features in various national and international magazines, such as the New York Times and Pulse Magazine as a VIP artist, Goran has established himself as a prominent artist.

University of Arts and Paintings in Belgrade, Serbia

Special Mentions:
• May 18th 2018: In Their Own Words: Artists Remark on their Winning Art at Guild Hall

• September 2004: Magazine Editorial in “Gallery and Studio” by Ed McCormak, “Reveal the secret lives of objects”