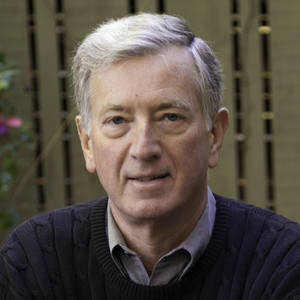 I am often asked, "What is my style?" Many comment that my work is very painterly; soft colours, abstract gestures, perhaps more mood and tone than documentation. Others posit that I'm a soft documentarian, often with a wry or subtle ironic sense. I'm neither, and as I explain below, my style is one of 'resonance'. My artistic goal in presenting an image is to take you into the moment and have you linger, even come back to consider the story further. As with a materials artist who matches material to context, my goal is to match a style with the story. It is artistic eclecticism. My intent is that the image so resonate with the moment that every aspect takes you, the viewer there. Its not the big bang of first sight, though that certainly helps. Rather I hope you will be intrigued by the emerging story, and the small details that keep bringing you back. What follows is how I got there.


I still have memories of the ominous knock on the darkroom door of Oakwood Collegiate in Toronto at about 2:00 a.m. when the imposing school principal, William Tovell, found me there after my parents phoned the school in a panic because their son had not come home. It was the early 1960’s and I was hooked on photography.

My photographic exploits became much less intensive during the university years studying engineering and medicine. I had a camera and a few lenses and would occasionally take them on trips. I didn't do any darkroom work until many years later. Nonetheless, along the way I would go to photography exhibits, read about photography and occasionally have the pleasure of conversation with camera artists such as Yusuf Karsh. I set up a home darkroom, and began to work in color and develop some expertise in the use of Cibachrome. I began to carry my camera again. My work as a cancer researcher took me around the world, and my camera was the way I told my story. Could I become so in tune with what I experienced that, in a single image, I might convey more than the ‘facts’,-the spirit, the emotion and the context of what I saw? I began to develop a style I’ve come to call ‘resonance’. From there a show and some sales followed.

My involvement with photography took its next step when we returned to Toronto. I donated my darkroom equipment to a school, and began to explore the new medium of digital photography. Apart from the technological wizardry that would naturally appeal to an engineer, the convenience really got me going. I didn't have to dedicate a whole evening or longer to making a few prints in the darkroom. With a few clicks of a mouse I could switch from writing a document, in my academic world, to creating an image in my artistic world. I found the opportunity to learn from profoundly gifted teachers. Freeman Patterson introduced me to a spiritual, meditative vision of photography. Jay Maisel used to say that the only way to surely miss the image was to not have your camera ready. He is the exemplar of how to create the fully realized image, without a pixel wasted. Michael Reichmann eased me into some sophisticated technology, forever reminding me that the most important lens and processer were standing behind the viewfinder. More shows and a well-received book followed. I contributed occasionally to art salons, and came to know some art dealers and curators. By one manner or another my images now hang in homes and offices around the world.

I am trained as engineer and physician, and as a camera artist. The scientific training brings discipline to my photography. In return, my photography refreshes my curiosity, and brings to my physician life opportunities see things differently and influence the course of medicine. The two words come together in my artist's statement:

Photography is my outlet for two passions: curiosity and a desire to tell a story. My curiosity is about how things work; about people and communities, things and places. I relish the unexpected, and the moment of insight that casts things in a different light.

The blanks in sensing, observing, or understanding create the mystery – the ambiguity in mystery that comes from not knowing. There is also a powerful attraction. If something is totally explicit, figuratively we take it in within an instant and then move on to the next thing. When we engage mystery we are drawn to linger, puzzle, contemplate. I want to learn more. Translating that into a photographic approach invites a partnership with revelation.

Whether it’s a landscape, or people, or something abstract, I want you, my viewer, to be resonant with the moment. You are drawn in, to look and look again. To see perhaps a little differently each time. Some of my images are very small, bringing you close to the revelation of detail. Others are large, enveloping in a different way. Yet…large and small are part of the same whole, of being taken to a place, a mood, a gestalt of our shared experience and imagination.

My most gratifying moments as an artist come when a viewer shares that one of my images has encouraged them to slow down, look and reflect, and thus experience another dimension of being.

Book Launch: of Light: An invitation to photographic storytelling August 2015

excerpt from one review, on Amazon:
...This book is so unusual that it verges on the improbable; an opinion held in spite of the evidence afforded by a second reading of this singular contribution. It keeps calling me back because of a remembered image or a well turned phrase – and then surprising me with an insight that had eluded me until my return to its pages.
The book is wonderfully artistic; the photographs between its covers are worth many times the price of admission, easily eclipsing my raft of coffee table slabs that have lost their allure because, in the end, the pictures they hold are all they have and ultimately, as Peggy Lee sang, “Is that all there is?” What’s the difference? Harvey Schipper’s book will, as he promises, change the way you see the world.
It doesn’t stop there. The author tells us why and how he captured his images, injecting a few gentle and easily understood comments on the technology at play, so that I expect that Of Light might will become a trusted reference for those seeking to understand the interplay of artistic endeavour, composition and the creative use of digital technology.
The book is, as well, deeply philosophical. For example, at one point the author asks us to consider the juxtaposition of a dead but intact and upright cedar tree a huge chunk of granite and a dense forest of evergreens. Light holds the tree and the rock in the foreground while the darker forest lies in the background. He explains why he composed the picture as he did and then asks, “If you were to line up those three elements in order of “aliveness”, what would be the order?”

A NOTE ABOUT IMAGE SIZES: Most of the images are sized at 21 x 14 inches, occasionally cropped. I produce these individually in house. Other are sized considerably larger. They are printed individually in conjunction with ImageWorks a gallery quality printing house in Toronto. Custom sizes can be printed within the limited edition series. If you are interested contact curator@saatchiart.com.