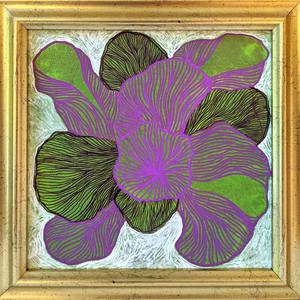 In-Ah is a graduate in 2D and 3D animation from the Gobelins, l’école de l’image in Paris, France.

As a German-Korean hybrid, In-Ah has a passion for travel, art and languages and gives animation workshops in Europe every year.

Surrounded by art from an early age, with her mother being a painter and artist, In-Ah has been expressing herself through painting and drawing ever since she can remember.

She has worked in the film industry at companies such as Sony Imageworks, Framestore, MPC and Double Negative. Her film credits include Harry Potter and the Goblet of Fire, The Tale of Despereaux, Where the Wild Things Are, Iron Man 2, Paul, The Smurfs, Hotel Transylvania, Cloudy with a Chance of Meatballs 2, The Amazing Spiderman 2, Guardians of the Galaxy, and Goosebumps. She was nominated for a VES Award for her work as Lead Animator on China Doll in Oz, the Great and Powerful.