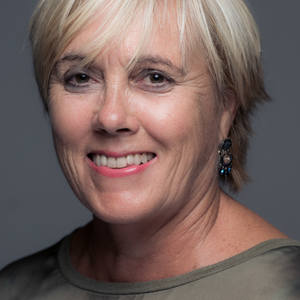 Jacqueline was born in Amsterdam, The Netherlands, in 1959. Already as a Child she liked to draw and make things with her hands. She studied Textile Design at the Gerrit Rietveld Academy, university for Fine Arts and Design in Amsterdam, where she learned to work with a free spirit. Years later she started to take painting lessons and developed her own style. She is inspired by artists like Matisse and David Hockney, and is often traveling and searching the Internet for new inspiration. The creation of her art is a rather intuitive and discovering process. I start my paintings by using a mix of acryl and oil paint, spray paint or pouring paint on the canvas creating the first layer. Then gradually the composition develops and changes into its final form, while adding other media layers of textile and paper. In this exciting and challenging process, the final composition of shapes arises step by step from the background. The female body has become an important subject for her paintings, intending to show women powerful in a soft way. "I am on a journey to rediscover the source of woman’s power, the Feminine spirit". The same time she is a colorist and decorative painter. Her art is only ready when it truly reflects her personality, mood and thoughts. Saying goodbye to her paintings she finds therefore quite hard as they feel as a piece of her self.
www.jacquelinevanderplaat.com