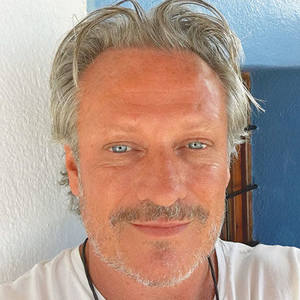 Jayson Brunsdon began his career in fashion in Australia as a fashion illustrator working for Vogue, Harpers Bazaar, Follow Me and Dolly magazines in the 1980’s. He then moved into a highly successful career as a fashion editor and stylist working in London, Paris, and New York for Vogue and Follow Me magazines as well as styling celebrities and stars including Michael Hutchene, INXS and Prince. In the 1990’s, he was appointed Creative Director at the popular and successful Morrissey fashion brand where he oversaw design, styling of advertising campaigns and fashion shows for several years.

In 2003 he launched the Jayson Brunsdon fashion brand to immediate acclaim selling to David Jones and Myer nationally and to Saks 5th Avenue, Neiman Marcus and Selfridges internationally. The brand was shown at New York Fashion Week for several years and stores were opened across Australia and Singapore.

Following the birth of his son in 2015, Jayson decided to focus on his passion for illustration once again and began painting in gouache using a dramatic black line contrasted with vibrant colours. His style emphasises beauty and fashion with a contemporary glamour that is inspired by the great fashion artists such as Gruau, Antonio and Viramontes.