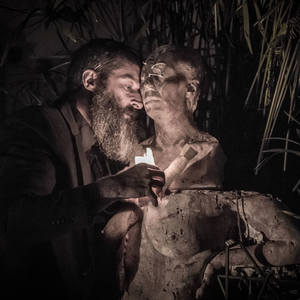 Joaquin Jara is a multidisciplinary artist. All of his aspects, from interventions in natural and urban environments to painting, sculpture, and experimental movies, converge on a common objective:

-understanding the creation process of the portrait as a piece.

Within the internal processes which shape a creation, we can witness a dialog between matter (used to construct), intentionality (energy that generates the work), space (in which the expression is executed), and time (the transformation element). These processes and the dialog between them generate a performance in itself, due to unexpected events, which become an existential question; overcoming thought, which is nothing compared with the image of the world captured emotionally, an image that appears as a revelation.

The portrait is displayed as an object subject to internal and external forces, those of the environment, which generate constant changes. Therefore, it will be a representation of the subject processes. An instant inside a sequence of images in continuous transformation. An image saved, which does not illustrate identity, but testifies it. An image without a possible conclusion, as it resides on instability.