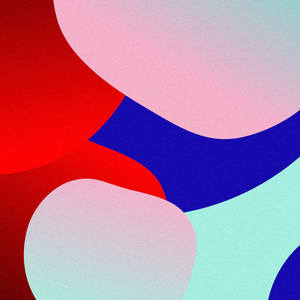 He grew up in a strongly artistic environment. His mother studied art history, his father works as an architect. His grandfather Ferdinand Selgrad, renowned as painter and glass painter, was a founding student of the State School of Arts and Crafts in Saarbrücken and studied at the École des Arts Appliqués à l’Industrie in Paris. Furthermore Selgrad equipped both sacral and secular buildings with art works that are now partially under preservation orders. These influences aroused Johannes Farys’ interest in art, especially painting and architecture, since childhood.

With his mother and siblings, Farys moved to Klagenfurt am Wörthersee/Austria in 1990. Among other things this profession intensified his interest in the visual arts and led him to become more occupied with painting, digital art, printing, photography and new media. He designs some of his works on the computer and realises them in acryl paints, oil paints, markers and spray paints on canvas, paper and metal.

His works are about achieving balance, homogeneity and timelessness. The focus is set on precise and exact work. This is shown by the carefully planned and executed works.

Johannes Farys’ work is mainly about the representation of the simple, concrete and timeless. His works are mostly graphic, well-considered compositions, with the aim of creating homogeneity both in terms of color and form. By carefully weighing and designing the visual elements, he creates art works emanating accuracy, exactness and profound unity in their execution. His artwork lives from the tension of deliberately used counterbalances, which result in a balanced whole.

Some of his works are architecturally structured and show the Carinthian artist’s interest in architecture, construction and color as well as their psychological effect on the beholder. Using lines and subtle, finely nuanced color gradients, he creates an optical depth of space on the flat medium. An important, recurring element is the circle, for Johannes Farys the most perfect of all forms. By the shading it appears sometimes convex, sometimes concave.

Thus, Farys’ artworks are close to constructivism, hard-edge, geometric, concrete, optical and also chromatic art. However, his work cannot be finally classified. They oscillate between tension and calm. The works derive their strength and fascination from these apparent contradictions. Through meticulous work, they merge into a coherent whole.

He completed an apprenticeship as a repro photographer from 2000 to 2003. Since 2003 he works as a graphic designer for various advertising agencies. Since the beginning of 2019 he focused on painting. Johannes Farys was accepted as a full member of the Kunstverein Kärnten/Carinthian Art Association in 2020.