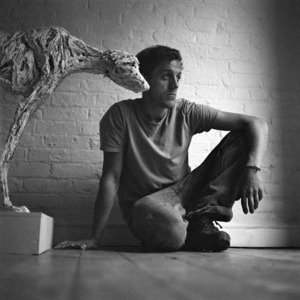 www.josephpaxton.com
Joseph Paxton is a British artist/sculptor who grew up in Wales. In 2005 he graduated from Newcastle University with a degree in Fine Art and now lives and works in London.

Paxton's highly recognizable style and method of making instantly captures the character and movement of the beasts he portrays. He exhibits widely in UK and in America and his works feature in private collections across the World. He has been selected for the Threadneedle Prize Exhibition (2009), exhibited at the Royal West of England Academy and this year collaborated with Liberty of London on one of their World famous window displays. He currently has his sculpture Sight Hound III on public display in Grosvenor Square. Future projects include an art book collaboration with Friends of the Earth.

Joseph Paxton's sculptures explore the juxtapositions of simplicity, strength and vulnerability within the animal form. The specificity of the animal is less important, more so the emotion and physical dynamic that it portrays, evoking emotions and feelings with which we as human animals are compelled to relate.

2007 An Exhibition of Drawing and Sculpture -
The Muse at 269, Portobello Road, London.

Elephant Parade London - chosen to create
one of the 250 elephants shown around
the Capital as part of London's largest ever
public art event. Julia's Elephant was
exhibited outside the Royal Festival Hall for
three months during the summer.