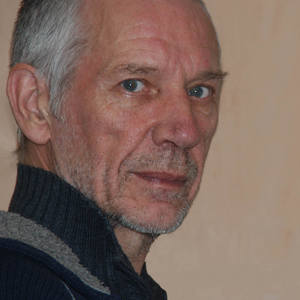 In the period 1975 – 1980, Jos Kaarsemaker studied at the Academy for Visual Arts in Rotterdam. He followed the education in spatial design and idea development there. After his studies he worked one year for the Archaeological Service of the Municipality of Rotterdam.
In the years that followed, he worked with a few colleagues in a studio in the former Emmahuis in the center of the city of Rotterdam and regularly exhibited at various locations throughout the country.
He also realized a number of assignments in the public space. In 1996 he settled in the municipality of Hoorn.
In the years 1996 - 2015 he was involved in archaeological research in the West Netherlands in addition to his visual art practice. In this context he also made various types of visual materials for archaeological publications and worked as an image editor.

His sculptures are characterized by the use of various materials, material combinations and a number of regularly recurring themes. In recent years he often makes works in bronze.

In the period 1975 – 1980, Jos Kaarsemaker studied at the Academy of Visual Arts in Rotterdam.