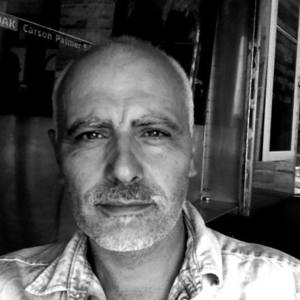 Raised in the UK and currently based in Italy, Julian has been painting for most of his life, and also teaching visual arts to students of all ages and abilities for over 25 years. He initially trained at art schools in Kingston and Norwich in England before specialising in Illustration in London.

After moving to Italy in 2007 and restoring a large farmhouse on the border of Tuscany and Umbria, Julian began hosting on-site art retreats to guests from around the world and several years later added traveling art and photography retreats at locations around the globe through his company EASEL&LENS. Between the courses at home and retreats around the world, he still finds time to paint his large-scale architectural pieces inspired by some of his favourite cities.