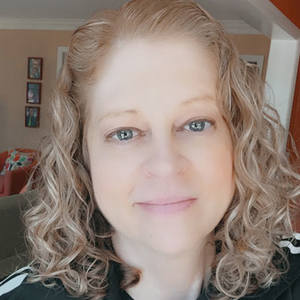 I am a self-taught, full time painter who tries to find the hope buried in our chaotic world. Many of my paintings were inspired by my three adult children and their struggle with mental illness.

~My art and bio featured in the July 2016 SoulSister Wisdom Magazine, issue #7 Happiness.

~Literary Momma, an online magazine writing about the many faces of motherhood, featured two of my artworks to pair with one of their creative fiction articles, one in February, 2016 and on in October, 2016.

I was interviewed by morning show host Nancy Coombs on KRSN am 1490 on December 14, 2015. This is a local Los Alamos radio station that interviewed me about my Portal Gallery Solo Exhibit. I was glad I got to share my story that runs through my paintings and talk about mental illness!

Australian musician, Helen Davey, had a wonderful project where she created music to go with the feelings and emotions of paintings, titled 52 Sound Paintings. I was delighted to participate in this project in April 2014.

I have written and illustrated two self-published books!

The Sleep Fairy and Her Magic Sheep, a children's bedtime story, 2010.

Wounds of Wisdom: My Family's Journey Through Mental Illness, a book of poetry along with some insight to my family's struggle. Illustrated with my art, 2016.

~Awarded Members' Mention for
Design the Next EBSQ T-shirt exhibit, 2008

~Awarded Members' Mention for
Art from the Heart: A Benefit for the American Red Cross for Haiti Earthquake Relief exhibit, 2010