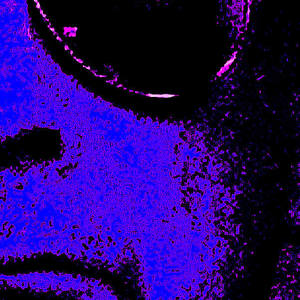 I started taking photographs when I was 6. Being the son of a renowned photographer, it was only natural for me to have a camera in my hands at an early age. But in addition to that, since my father photographed world renowned art, I got a very early exposure to the masters, as there were over 100 art books in my home, wherein my father's work appeared — I originally did not intend to pursue the arts as a career, being gifted in the sciences. But somewhere in my 20's, my fascination with photography began to exert a radical pull, and I put aside the sciences to pursue photography. I was not interested in photographing a real moment perfectly…I was interested in projecting an internal view of that moment, a subjective reality... And I started doing almost exclusively multiple image photographs, so that I could show this — I've also pursued interests in other creative activities at this time as well, designing and making a line of custom made women's belts, bracelets and necklaces, made mainly of sailboat and mountain climbing rigging and tackle, metal and rope; and designing some avant-garde clocks. I spent 2 years designing, building models of, testing models of, experimental catamarans, and building 2 catamaran sailboats. And I spent some time as a commercial photographer as well.

In the early 2000 teens, after a hiatus of 20 years, during which time I had a career in financial sales, I returned to photography. But distilled through the lens of time, I decided to produce only single exposure images. And though less complicated structurally, being single exposures, they still represent a subjective view of the world, being almost totally abstract -- some graphically simple and pure, but others still very complex

Since a lot of my photographic art is abstract and non-representational, I'm often asked "what is it a picture of?" And generally, I dont like to answer that question because I feel the work itself should convey a specific feeling, emotion, or thought to the viewer (though I fully expect that different viewers may have radically different views of what is being conveyed, I still feel that if I have to tell the viewer what I expect or want them to see, that the work has somehow "not done its job") However I will say that I work a lot with reflected surfaces, and reflections in general, from both natural substances (water, in particular) and man-made substances (glass and metal mostly, but sometimes polished stone, or other curved or rippled reflective surfaces) and I often see in these reflections fantastic shapes that remind me of things in the real world that would never normally be associated with the material, or object, that is producing these reflections. This of course is subjective, and I expect the viewer to perhaps be reminded of some other objects that are more germane to their particular state of mind at the time they are viewing my art; if they happen to see what I see there, that to me is a propitious, but not necessary, co-incidence -- just provided the viewer sees something of note in the image, or feels a particular way about it, that's fine. I'm also in awe of the pure beauty in nature, and so I do a lot of landscapes and seascapes. However, I'm interested in presenting different possibilities for how this "nature" could be seen. This is not an attempt to “improve”on nature, rather to add additional viewpoints to its totality. For example, one might make many photographs of the same mountain view in different weather and lighting conditions, none of these are “more accurate” or “better” they will just show additional aspects of what the mountain may be like, and often I will show aspects of what I imagine it could be like as well. Hopefully this adds to the viewer's total perception of mountain views