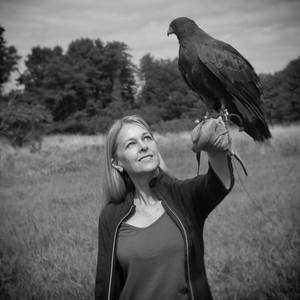 Landy Major has reverence for the people of her youth. She has profound memories of her fathers dairy farm off the coast of Nova Scotia where she describes the people as salt of the earth.

She stands in awe of nature, gaining inspiration from people with grit, things in a state of decay, and the natural world. Through the lens she conveys the inner fighter in her subjects, revealing the subtle fire in an image. Her camera provides an oasis for self realization and exploration, and an opportunity to become reconnected with her roots in the natural world. Casting her vision on a simpler life of culture deeply connected to the land, her most recent work focuses on the stoic terrains of the disappearing American West, the quiet strengths of it’s people, and the majestic animals they coexist with. In her series The Disappearing West and Winter’s Horses, she provides a fleeting glimpse of a life and time that is full of richness but soon to be forgotten under America’s wide-open western skies.

Landry’s striking black and white prints can be found in both public and private collections. She has been the recipient of numerous awards including the following: Tokyo Foto Awards, SIPA Finalist, International Color Awards, Gala Awards, PDN Faces, Lurzer’s Archive Best Photographers Worldwide, and Communication Arts Award of Excellence.

Selected as one of five unmissable artists at The Other Art Fair Los Angeles.