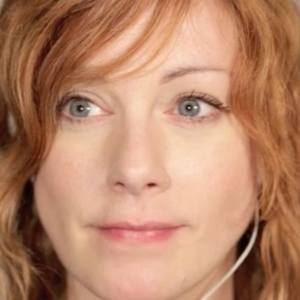 Often, touching upon themes of contemporary education and parenting, I explore the complexity of our interactions with belief systems and processes of individuation. Combining paintings with specious, fluid, personal fictions and political narratives derived both from interviews and imagination, my work tracks the escapism and paradoxical self-segregation that come from a distorted desire to belong.

For example ‘The Vulnerable Party’ (paintings 2013-16) concerns the search for a supremely divine clown leader– humane, genuine and open, with strengths and weaknesses exposed. It’s also a personal journey, a process of individuation, which will ultimately atomise the political party, or movement (since individuation is incompatible with the ‘party political’ concept), thus reducing it to a one-person campaign, without cabinet or voters.

In addition to my core painting practice, diverse recorded conversations are sometimes performed using a ‘verbatim’ (documentary) acting process to engage with people in depth. This process has also led, on occasion, to my ventriliquising paintings. Playfully theatrical installations using projections allow objects or subjects within the imagery to breath, speak and sing collectively or as individuals.

For example 'The 1000 Foundlings Who Found Their Mothers' (2016), were ‘A well documented, influential, post-industrial, pre-enlightenment movement, led by scores of the socially abandoned who took laughter as their mother’.

'The Twelve Apostles as Babies' (2014), recounts the infant’s arrival for the second coming without Christ. Dressing up as Ghandi, Johnny Rotten and others, they learn the good deeds of those who came both after and before them, eventually spreading their good news through various careers.

Schopenhauer states that “a sense of humour is the only divine quality of man", while Jung claims true meanings are best realised in their transitions from nonsense. Thus, my subjects may appear clownish, displaying both a rigid facade and a vulnerable persona.