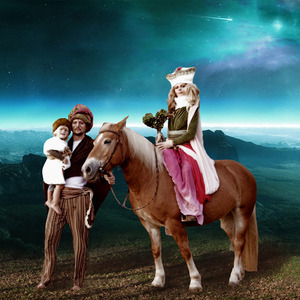 Luca Saini is a photographer and artist based in Turin. Over the years he has participated at many personal and collective exhibitions in Italy and Europe. His works have been exhibited by the Rome International Photography Festival, Artissima Fair, Fondazione Sandretto Re Rebaudengo, Biennale of Young Artists from Europe and the Mediterranean, the Conde Duque Madrid and many others.
He has photographed important Italian musicians such as Subsonica, Linea 77, Disco Drive, Perturbazione, Motel Connection, and has made "‹"‹artworks and music videos for many Italian groups. His photographs were chosen for published books signed by Peter Greenaway, David Cronenberg and Atom Egoyan.
In recent years he has increasingly addressed its research to the field of "participatory art", based on an active and continuous exchange between the artist and the people involved in the project. In this contest are placed projects in progress as My Beautiful Disco, Do not Stop the Dance, The Screamo, POP (Prima O Poi, Italian expression for sooner or later) and Flags of Democracy.
www.lucasaini.com
www.vimeo.com/lucasaini