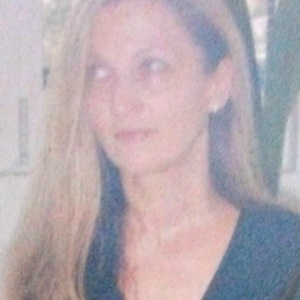 Based on my thesis, each painting is the purest part of my soul and peace of my heart.
bleu.turquoise007@gmail.com

Bleu, Bachelor of Arts, presents us her paintings which contain two histories and two evolution processes without which it is hard to understand her work. Inside the first process we recognize the heritage of the author's evolution path in painting which was at the beginning marked especially by the mimetic painting. Inside the mimetic painting we recognize and evaluate the images on the basis of their similarity to the sensual world in which we live. Even though it may seem just the opposite, the author has never left this world. Actually, she upgraded it in a way that preserves the authentic elements, but at the same time surpasses them with the emphasis on the invisible inner experience of the same world. This way her paintings are not just a window into an apparent space, which is hidden behind the canvas or which disguises the existence of the canvas, but we enter through the surface whatever exists behind the paintings. In a way they return the look, direct it at the viewer and ask him or her demanding questions: what do I see; is this a painting; what is a painting?

We confront these questions also on the level of the second process, another history which actually precedes the first one. What is also significant for the evolution path of painting is that it mostly hovered within impression, at least within the European culture. For that purpose a new method was developed during the era of Renaissance - perspective. It enables us to approach what our eyes see as close as possible. Its influence on the painting and our perception of how through an image we see and experience the world was so great that it still strongly denotes our understanding of a painting. Abstract paintings are in that way always a deviation from this established view and the work is definitely a part of the deviation. It belongs to a tradition which consciously decided to see the world and paintings differently.

In some sense these are the paintings which have saved and are saving the art of painting. With the new phenomenon of photography, it turned out that the painting cannot compete with it when it comes to the impression of reality. It can survive only by taking its own path. This path is nowadays known as Modernism which started with Impressionism in the second half of the 19th century. On this path we recognize changes which fundamentally influenced the evolution of the painting and art in general. Impression as a standard, in accordance with which we value works, was consciously given up. Consequently, the independent surface of a painting made it to the forefront. Inside its frames external-impression-free colours and shapes came to life. A painting was not a window into a space anymore, but a plane intended for creative work which discovers its laws within the medium and follows the creative inclinations of a painter. And only he or she can answer the question: what is a painting?

Abstract painting represents one of the most extreme forms in remodelling of the classic painting. It includes two basic approaches. The first approach originates in a presented motif which is during the process of abstraction transformed into its autonomous shape. The second one stems from the formal rules or from the idea of a painting as an abstractly neat picture material. During the historical evolution of modernist painting, the first approach (also known as "weak abstraction") was especially significant for the French painting from Impressionism to Picasso. What is typical of this approach is that it preserves the relation to the imitation of reality, though the reality is sometimes deformed or transformed to the degree when it is no more recognizable. Some of Bleu's works preserve this view of abstraction and remind us of the imitation's existence which acts as an anchorage for the formation of painting's meaning. Because her paintings do not lead us into a known direction, the interpretation depends on the viewer. Nevertheless, the author does not consistently abide by this approach. In most of her works she exceeds the weak abstraction and enters the field of the radical abstraction and closeness of the pure painting which was not based on the already mentioned French tradition, but on different circumstances in Germany, Russia, the Netherlands, and some other places. In this case the art of painting definitively ended the relationship with the world as the object of imitation. Consequently, the imitation, which defined a painting for centuries, lost its role.

It is partly because Bleu's paintings still include some traces of the imitation that, after all, they persuade us to think about the imitation of reality, and even more because the viewers cannot get rid of the feeling that a painting is always an impression of something that is external. Nevertheless, this is