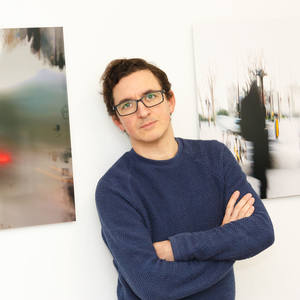 Michael Lee is a British visual artist, living and working in London.

Having gained a first degree in Mathematics, he realised his passion for art was too great to ignore. He then completed a Foundation Diploma in Art and Design at UCE, followed by a PGCE at Goldsmiths.

​Michael taught as a full time art teacher before travelling Asia and training in oil painting. He returned to the UK, working as an art and photography teacher while studying a Masters Degree in Fine Art at Middlesex University.

Photography was always a passion and mainly served to inform Michael’s painting. However, since developing a unique technique for creating abstracted photographs, he now only paints with his lens, though painting greatly influences and inspires his photography.

​Michael now works as an artist, photographer (michaelleephotography.co.uk) and gallerist (hampsteadgarengallery.co.uk), and has exhibited widely across London, the UK and Europe. He is represented by galleries in the UK, Italy and the US.