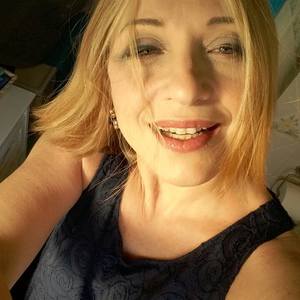 "...There are two new recurring motifs : the gear and the two . Maybe the gear is the symbol of the movement , the mechanism behind what we see around . Unveiling , the artist wants to tell us that she went beyond appearances ? Perhaps the veil we perceive is that in addition to which his art has arrived , which then begins to unravel the hidden mechanisms of existence?
The reason for the two runs through all his new work , in direct relation with the theme of the report, achievable only by going beyond oneself. It's two in the diptych foemina Aqua Mundi , two of the legs, or the woman and man 's together , or the two wheels of the means of locomotion - tiny toy knight of Aphrodite is waiting , or the pair of fluttering eyelashes fairytale mechanical 2 .
Of course , research on the world of women is a constant , only that it is now of "feminine in relation to" , indeed, perhaps to report real , indefinite and elusive by nature . No longer, therefore , particularity , no more parts of the body designed to identify unequivocally clear and certain aspects of the woman, as they were before his eyes in Circe, the hair Maddalena , arms Khali Khali Khali , etc. . Now all he won the part and dominates his work Feminine tout court , whole and entire, full , pure state. And if before the artist seemed to represent the impact that energy has on a person and the way it transforms those who are crossed , now , of this energy , he can make the universal flux .
There is no longer the need to express / identify themselves in a way only the female ( from time to time seductive , angry , bewitching ... ), the artist seems to have liberated from the need to embody a form and , therefore , de- restricted . On the contrary: now expresses / stop in a more feminine vague and clear , therefore more open, available , receptive . And in such an atmosphere of lightness and irony , thanks to this newfound freedom , from his paintings now oozes the feel of a lightweight , universal smile."
Barbara Polettini Coffani , 01/05/2014 .

All my artistic production is based now on the reasearch on archetypic symbols of humanity .I started studying all the Mediterranean mithology with particular attention to pre-greek mithology, and all about Great Goddess and prehistoric female power. My references are Campbell, Gimbutas, Graves, Vicki Noble, Riane Eisler.,and I continued my spiritual journey explorating the ethymology, the poetry, looking for a new (ancient?) vision of the masculine and feminine. Deeply changing the style and the materials, with particular attention to exoteric language.