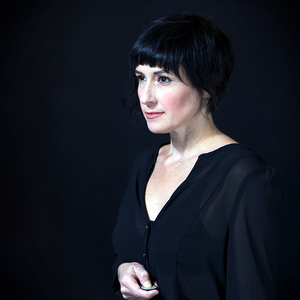 Naomi White is a feminist, artist, and educator, working on ideas at the intersection of political ecology and photography. Focusing on the transformative power of photography to affect desire and change, much of her work questions how we can shift our focus away from the current racist, capitalist model of domination to one of equity and collective voice, for the sake of all people, animals and the planet.

White is the winner of PDN’s Objects of Desire award, has attended several artist residencies, and exhibited throughout North America and Europe, including at the art fairs Scope, Art Basel Miami, and Photo LA.

Her work has been published in PDN, The Brooklyn Rail, Cut Me Up Magazine, Uncertain States, among others. White holds an MFA in Photography and Related Media from SVA in New York, a Post Baccalaureate in Photography from the San Francisco Art institute, and a BA in English Literature from San Francisco State. She is currently the Chair of photography at the New York Film Academy in Burbank, California.

White's recent projects were reviewed by the art critic Tulika B On Art & Aesthetics. You can read it here. https://onartandaesthetics.com/2017/02/04/naomi-white-investigates-consumerism-and-material-culture/

White's work was included in the UK publication Uncertain States #21 along with Jiehao Su, Faye Heller and others. http://www.uncertainstates.com/broadsheet/uncertain-states-21/