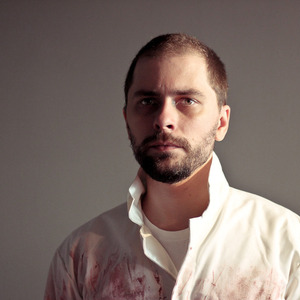 I use a blend of computer-assisted production methods with traditional art-making tools. Pen plotters, 3D scanners, 3D printers, and CNC routers work alongside brushes and paper as tools for me to explore themes of identity, selfhood, and changing cultural mores in an age of digital production and consumption.

Bio: Nathan spent over a decade working in the commercial art and tech-media industries in New York City during the dot-com boom and bust, where he amassed a heap of technical skills and witnessed firsthand the effects of technology, mass media, and consumerism on discourse and cultural growth. He studied film at Pratt Institute, animation at the School of Visual Arts, and received his BFA in sculpture with a minor in animation from Savannah College of Art and Design in 2011. He received an MFA in 2016 from the Welch School of Art and Design at Georgia State University, where he was a Dean’s Fellow, a Student Innovation Fellow, and recipient of the Chandler Award. He has exhibited at the High Museum of Art, the Museum of Contemporary Art of Georgia, the Zuckerman Museum of Art, and the Atlanta Contemporary, among others. His first solo exhibition, Come Inside. Me., was curated by Dashboard and received several critical awards. He was named an Artist To Watch in 2013 by The Atlantan, and received a 2015 Best Of Nashville award for his performance of Be My Blood Brother at Seed Space. He is a Hambidge and Vermont Studio Center Fellow, a 2012 visiting artist for the Center for Chemical Evolution, a 2013-2014 Walthall Fellow, and was selected for the Studio Artist Program at the Atlanta Contemporary. His work is in the permanent collection of the High Museum of Art and other private collections