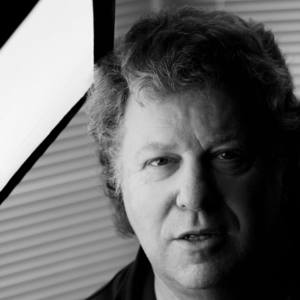 I (Nick Franks) was born in Manchester (UK) in July 1951. Educated at Manchester University, I received an Honours Degree in Economics. In 1973 I co-founded AMEK SYSTEMS & CONTROLS LTD (later AMEK TECHNOLOGY GROUP Plc) with Graham Langley. AMEK and its subsidiary brand TOTAL AUDIO CONCEPTS (TAC) manufactured professional audio mixing consoles for recording, broadcasting and sound reinforcement applications. AMEK's large customer base included many of the world's leading broadcast and audio production companies and numerous multi-platinum recording artists, such as Genesis, Metallica and U2. AMEK and subsidiary companies were awarded the Queen's Award for Export (Queen Elizabeth II) for three consecutive years in the 1980s.
In 1997 I departed the professional audio industry and began to develop an existing interest in the therapeutic systems of Radionics and Homoeopathy. I might now be considered a leading researcher into Radionics and in 2012 I published the book 21st Century Radionics, which is a comprehensive summary of the art. A video of me giving the basic background to Radionics can be found on Youtube (search Radionics - Interview with Nick Franks). A synopsis of the book can be found on my website, www.radionics.co.uk
I have enjoyed a lifelong interest in photography and as a teenager spent considerable hours in the darkroom developing and printing black and white photographs. During my time in the pro-audio industry I witnessed the developing of digital image processing and was closely involved in the design and production of all advertising, promotional and information materials for AMEK. This exposed me to many areas of graphic design and we progressed through increasingly sophisticated levels of computer technology as it became available, starting with simple word processing and ending with full assembly of materials for high-quality reprographic output.
As a musician I was involved writing and recording 3 CDs, MALABAR COAST (1991); BABEL (with Tim Wheater) (1993) and DARK ANDROMEDA (1996).
The real beginning of the development of the artworks shown here was making a video for the music composition DARK ANDROMEDA, which can be seen on Youtube (search Nick Franks - Dark Andromeda - HD). Rather than simply fly in a simple image to the music, I decided to make a video consisting of various stills. I spent about a year developing the many modified and enhanced images and composing them into the video.
I became so absorbed in the image-making process that in due time I decided to take matters further and offer some of these as artworks. Here is a sort of formal statement of artistic intent:

'I am interested in the image hidden within the picture. Using a variety of image manipulation techniques working from my photographs, my objective is to find a difference resonance, emotion or articulation concealed within. Some transformations are quite simple; others are extensive and use a multi-layered synthesis typically combining elements of chaos and formalism. Most artworks often also involve considerable periods of time to consider the results of each step in the process before I am content with it. A fundamental belief is that unless I am satisfied with the final result, no-one else will be. Equally, producing images to satisfy what one believes are the viewer's expectations is the road to artistic failure.'