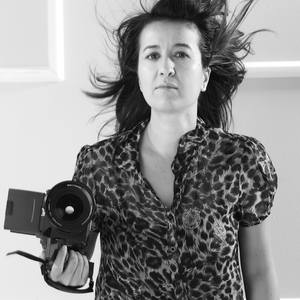 Nihal completed her Bachelors in Arts in Photography at the Mimar Sinan University Fine Art Faculty. She went on to finish her masters at the Marmara University Fine Art Faculty. She has been working as a professional advertising photographer since 1998. She also works actively in the field of documentary and portrait photography. She has been teaching Fashion Photography at YEDITEPE University, Faculty of Fine Arts since 2009

“Maiden's Tower, from the past to the future”, a book consisting mainly of documentary photographs, 2000

TRT TURK " Turkey throughout the Times" series of short films for the program of advisor and portrait photographs, 2009
“The Haliç Shipyard Faces " photography and memoir book, 2010

"My Son and my Father” Mixed photography exhibition, 2010