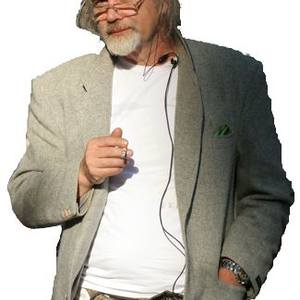 "SEARCH FOR WAYS or WAYS OF SEARCH"
“...Any person knows that the people around, events in life, the constraint of various circumstances sometimes force people to abandon their dreams or face a choice: uninteresting job and secured, grey, boring life in a golden cage or, maybe, quite the opposite: work of love, creativity and affection as the apogee of everything in the world. But no one really asserts that a person must necessarily choose between two opposites. A person always has one thing of the two already. For example, the capacity to creative work. And this one “option” (and for many, the only one) is the true human trait, which always remains with us, regardless of the circumstances of life.

In Munich, there are many artists, musicians, painters...- the creative people. One of them is a painter from Moscow - Nikolay Taydakov (Novosibirsk-Berlin-Moscow-Munich). Nikolay Taydakov, an architect, artist, gallery owner, fashion designer, graduated from the Novosibirsk Institute of Civil Engineering with a degree in architecture at the age of 23. At the All-Russian Contest of the best graduation works he received the Diploma of the first degree.
For five years he was teaching at the Department of Architecture of the Novosibirsk Institute of Civil Engineering. Then for three years he was in a graduate school in Moscow. Alas, the "realities" of the Soviet times did not allow him realize the planned scientific research in full, and he did not want to compromise with himself.
But later perestroika took place, and Nikolay realized that the old way of life that was collapsing right before his eyes would no longer be; on the contrary, absolutely new opportunities were opening up for creative people, the seekers who are capable of making their own decisions and actions in order to fulfil their potential. At that time Taydakov established the Decor company in Moscow, at the All-Russian Culture Foundation, which became literally one of the first private companies at the Ministry of Culture, dealing with the issues of Museum and Interior Design. He headed a team of up to 20 people, executed over 40 Contracts of architectural and artistic development of museum exhibitions and their implementation on site. (Moscow, Suzdal, Leningrad, Volokolamsk, Istra, Zvenigorod, Spas-Ugol, Taldom, Torzhok, Astrakhan, Vyazemy, Melikhovo...). Unwilling to make another compromise and engage in commercial projects (since 1991, funding of cultural facilities has significantly reduced), he closed his Moscow company.
In 1992, during his vacations in Europe, when he came to Munich, he signed a contract for work. First, in an architectural firm, and then there were contracts with various design studios; during the past 12 years, with design companies dealing with conceptual development and design modelling of the latest automobile pilot models and presentation ShowCars unique models. (VOLKE, BERTRANDT, UEDELHOFEN, SIEBENWURST, EDAG, AUDI, PROCEDA, CREATIVE Wave GmbH...).
Since 1993, he has been a member of the Association of Artists of Germany (BBK) and the International Association of Artists (IGBK). In 2004, he established a public organization of artists of Munich and Bavaria - EUROKUNSTWERKSTATT e.V..
In 2005, he opened his own company Taydakov’s KUNST Comptoir with an extensive list of tasks and projects.
From 2006 to 2011 he owned the ART Galerie N. Taydakov & S. Volkov. A number of hotels in Berlin, Brussels, Antwerp and Munich have decorated their interiors with the works by the master...“

Nikolai Taidakov, born 1954 in Novosibirsk / Russia, studied there at the Academy of Architecture Graduation Diploma 1977. In 1977-82 he worked as a lecturer at this academy. 1983-85 full-time postgraduate studies. Moscow In 1985 Taidakov founded his own company in Moscow Museum construction, interior design and design and led her until 1991. The artist lives and works since 1992 in Munich. 1993 Member of the BBK and member of the International Fine Arts Society (IGBK). 2004 Foundation and chair of the Society of Artist «EuroKunstWerkstatt e.V.». 2006 Foundation of ART Galerie N.Taidakov & S.Volkov