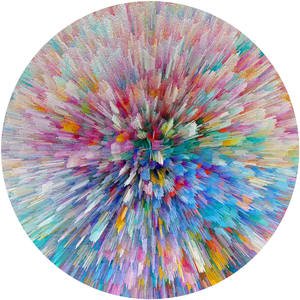 Morgan Paslier
My works are included in many Saatchi Art featured collections. Feel free to activate the option " MAKE AN OFFER " it'll be OK for some of my artworks !
Born 1970, lives and works in VIGNOC (France)
I do what inspires me !
Don't forget to live today !
The background:
Morgan Paslier was still in middle school when he started studying fine arts as an extracurricular activity, ultimately graduating in the subject. A keen photographer already, he could often be spotted armed with a Lomo, experimenting with image creation.

After a spell working as an assistant set designer and lighting engineer for audiovisual productions, he finally settled as a professional photographer. His first assignments consisted in monitoring several projects for a Rennes-based urban planning firm, after which he began compiling portfolios for architects while covering local cultural events as a press photographer.

Simultaneously, he kept pursuing his own artistic endeavors, with a particular interest for the very fabric of things – photographing the minute details of the materials he encountered in his journeys and travels. At the dawn of the millennium, he met a publisher who offered to make some of his pictures widely available in large retail outlets. While developing this partnership, he persisted in exploring more artistic, albeit confidential avenues, removed from any commercial consideration, until one fine morning, Marie Ricco, stumbling upon some of his pictures in a print shop, decided to take him on board and promote his work in the Marie Ricco's gallery. And also Galerie Martin Sauvage.

The photographs:
Morgan Paslier focuses on matter and textures – the intricate physical details of materials. His first creative step consists in hunting for concrete “stuff” that he will photograph and use as a raw material for his digital creations. Inspired by Jacques Villeglé and Raymond Hains, Morgan Paslier is especially fond of such torn posters as can be found on municipal cultural information boards. He particularly relishes zinc advertisement panels freshly cleaned up by city employees and still exhibiting a few shredded remnants of the posters that used to be. Such details are captured, digitized, and later integrated into multi-layered digital montages. Ultimately, those montages themselves are used as backgrounds for stenciled portraits of various, often iconic, characters.

Although Morgan’s latest work is of a more manual kind, photography remains a strong influence. From his father, an avid photographer himself, he once received an extensive collection of ZOOM magazines from the 1970s. At about the same time, at his parent’s place, he dug up a paper craft project which he could vividly remember cutting out, painting, and braiding himself as a child. Both events combined in his mind somehow, and a new idea was born. Cutting out strips of paper from the magazines, he weaved them together, using images as warp (vertical) threads and text strips as a horizontal filling. Upon manipulating the resulting square bit of tapestry, however, he realized that he found the reverse side more interesting from an aesthetic perspective. The decision was quickly made to use this side as a background for more elaborate works. The current process consists in marouflaging the piece of braided paper on canvas before enhancing it with acrylic paint, creating portraits of Felix the Cat or Betty Boop, for instance. The front side of the initial braided paper work is not lost, but photographed and offered as a printout – a digital companion to the hand-crafted piece.
Texte : Caroline Resmond
Traduction : François Xavier Priour
------------------------------------------------------------------
Morgan PASLIER
Né en 1970, vit et travaille à Rennes