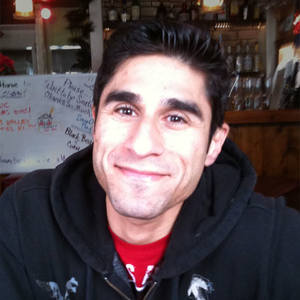 Thomas is an award winning graphic artist and has worked professionally as a graphic designer, illustrator and graphic consultant since 2003. He is the founder of PiXLMiX® a multi-disciplinary design studio based in Orange County, California which provides creative solutions for individuals and groups in a variety of industries, most notably, in the areas of fitness, nutritional supplements and athletics.

Thomas has won several awards and has earned recognition for illustration and concept design. He is also a published artist and has been featured in Ballistic Publishing’s Expose 9 and 10 (concept vehicle designs 'PULS-V' and 'HALCYON'), as well as Imagine Publishing’s internationally distributed magazine Advanced Photoshop and Professional Photoshop Book as a featured Masterclass tutorial writer. In addition, Thomas served as a Photoshop expert tutorial and instructional writer for PhotoshopCreative magazine.

Thomas is also an self-taught animal and portrait artist and has had exhibitions of his work at various events such as Cheetah Conservations Fund's Silent Auction 2017, Run 4 Shark Expo 2018/2019, as well as several Etsy Guild events in Souther California. He periodically guest teaches illustration classes at local grade schools in Orange County, featuring animal tutorials and creative ways to draw endangered animals.