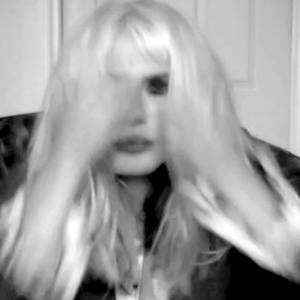 Rey Zorro is a multimedia conceptual artist who combines traditional art making materials with contemporary Pop imagery. Creator of a new lexicon called “Dis Installation Art,” she uses paint, canvas, wallpaper, industrial and DIY materials as well as photography, collage, and digital processing to make works of visual complexity. Her imagery is densely layered and contains many references to our contemporary world, while also referencing the rich history of western classical art. Her “Dis Installations” and digital works explore states of anxiety, when things become compressed tightly together into the same narrow space, and the inevitable bleeding of space. According to Rey, “Dis-Installations” comment on whatever definitions or explanations one could give to art and its relevance. They reflect on the impossibility of a truly arbitrary art form at the end of the century. In her own words, “Dis-Installations” are about “the future we live in.”Rey Zorro art is associated with Abstract Expressionism, Pop & Neo Dada.