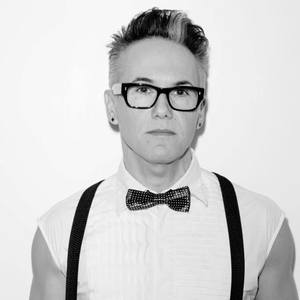 Inter-disciplinary artist working with mix media, experimental video, modern photography, illustration and painting. My work examines masculinity, the body, taboos, notions of others, socialization and isolation. I use technology to correlate personal narratives with history, mass media and computer culture.

I was born in Rome, I lived most of my adult life in central London and Berlin.

1992 – 2018
Themes & Variation in London
Restorer for Fornasetti furniture, including museums vintage pieces from the 1950s to the currents productions.

2003 – 2005
"On the trace of Pocahontas"
Video documentary, Videographer and editor.
Interviews with the chiefs Native Americans, at the British Museum and at Gravesend UK during Pocahontas anniversary celebration.

2005 – 2006
"Opening Spaces"
Video documentary, Videographer and editor.
A video for Royal Festival Hall reopening Installation video showing at the spirit level.
[ interviews with Artist who performed at the RFH, they were invited for an interview and talk about their memories, and to inaugurate its re-opening]
Her Majesty the Queen Opening at RFH.


2006 – 2018
Current, ongoing Photography, and Infrared, Art projects and Illustrations, in Berlin and London.