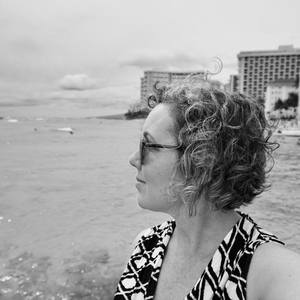 Sarah Taylor Ko's award winning work has been juried into over 20 shows, recognized by the Hawaii State Foundation for Culture and the Arts, and purchased by the permanent collection of Calvin University and the Honolulu Museum of Art. She lives in Hawaii where she spends her time painting, cultivating tropical trees, and herding one naughty cat.