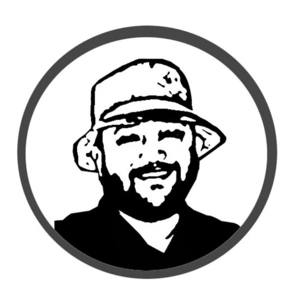 How describe what Shovin has done in his recent paintings? One way of putting it would be to say that he has razed the strict order of concrete blocks of high rises and such, to an absorbing mystery –perhaps a sci-fi one. His vast structures appear tumbling, as though in a quake, and yet they hold on. He would not let them topple. Much suburban built up spaces can be infinitely dull for those who have to spend their lives over there. With nature gone, animals and birds are forlorn. They almost go neurotic. Thus what the artist does to this modern day ambience—a completely man-made one –is naughty. He drives a point home, so as to humanize us by making the metros’ lordliness seem vulnerable to incalculable forces. The solidity of a reality is now shown prone to being merrily played with by factors beyond computation. In this way he produces suspense, the feel of absurdity, and even a bit of surreal terror.
What he tells us, or what he compels us to confront, is a situation with two impossible alternative expressions: this world cannot be a safe one, for how can God’s world look so crazy? And secondly, that the way in which we are accustomed to seeing the real world is either not true or not exclusively true. So that Shovin’s intent is to poke fun at an illusion. “Oh see, this world, even when supported by the immense authority of building sciences, by mathematics, by geometry, and indeed by the forms of our own minds, is a fooling. Ha ha-ha!
At any rate Shovin’s compositions are bounded at one extreme by the regular polyhedrons, the strenuous streometric forms, by spheres, by an infinite number of planes, by thermomorphic patterns, or also birds, canines, felines, fish, spectral human shapes etc. etc.
These patterns can transform themselves into squares, or they dissolve into waves, losing their identities. There are successive transformations. A universe in flux, standing in a state of uncertainty. It is, as it were, every detail can metamorphose into oddity.
So such are the artist’s animate as also inanimate personae. He gives us hints of the situation, deadpan. A wonky world, but it holds valuable lessons as much as it is a visual delight “Do not be lazy, get to know that all things can change their forms”. So he seems to imply.
This same trace of mockery is meant really to evoke certain humility in our life responses. He is toying with the old problem of true and false.
The work therefore instantly demolishes our certainties, or things that we know only from the outside.
To repeat, this art tries to wake us up to the basic strangeness impending behind taken for granted monolith structures, whether grand buildings or gross dogmas. The only sound axiom being that there are other truths behind the one truth. If you do not pay heed to this, you may be brushed aside by events.
So, if on one plane, this work offers pleasure and amusement, on another it is serious business.
Included in this exhibition are also the artist’s digital prints, as those based on India’s ancient caves. These are sober, exacting recreations of a world now gone away. But what a job he has done with his classical structure in pure white! Here we observe the artist become an architect or a landscape choreographer. He does all these digitals not lightly but in good faith, in keeping with the spirit of art.