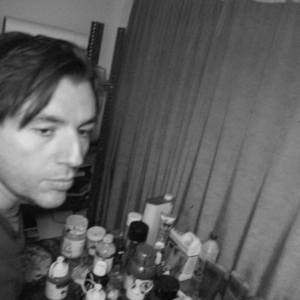 Born in 1976 in Thessaloniki Greece where he still lives and works. Winner of the Saatchi Art Showdown prize "Art Paris" 2011.

An approach to his works:

"From the very first units of art to which, depending upon his frame of reference, Simis Gatenio gave shape - with pencils, sometimes with water inks, acrylics, or mixed related materials - it has been clear that his chief interest was space. A dream space, utopian, a space of the imagination, which we see in action in his works, in a polymerised way and with organic attributes. It is shown almost always as multilayered. His two dimensions (in painting), furthermore, often refer us to three or more, opening up a direct correlation with sculpture and architecture, as they include in their basis a dialogue which consists of small and large scales, which make up this space in terms of structuring, as a bearing and at the same time as a borne construct.
This space, which is stated as a projecting, diaphanous, and, at the same time, reducing surface, in other words, as a 'gun-carriage' for concepts, actions, episodes, and transmutations, through the works of Simis Gatenio, is notionally self-referential. At other times, again, this space is defined as conflictive or heretical. It stigmatises conceptually, but also morphogenetically 'brings in to land' 'happenings' (of the gestural praxis / style), while at the same time it seems to dismantle them, by means of its enigmatic allusions, affinities, its contrasts and imprints. Depending upon the 'incidents' in each case (that is, the sequences, the developments, the sharps and flats) of the style which this space conveys within itself, it makes its appearance, on the one hand, as an archetypal mould for the production of successive gestures of form, and, on the other, as a reflecting 'ground' of processes of the subconscious in which a series of successive fragments of 'fingerprints' of form on time are depicted.
In order to give expression to his inner world, the artist chooses light materials and a free style, to draw mappings of routes of the mind and of the imagination. In his works, he gives renderings of mutations of composite feelings and constant transforming intersections which result from 'topological' stirrings caused by life's events arising from natural or social reality, as well as from memory.
Individuality becomes collectivity, and vice versa, as it is as if Simis Gatenios's 'forms' are projected on to a screen which acrobatically hosts them and momentarily cherishes them, in order to transform them catalytically. By the very nature of their style, the 'formations' are unseated and at the same time subverted, as every convention, every given, and every concept is cancelled. In spite of the fact - it could be said - that these space-modelling 'mirages' depict, in terms of design, through original and strange abstractions, emotional and psychodynamic charges, they nevertheless translate clearly discernible elisions of intentions, desires, suppressions, disappointments, hopes, interceptions, obsessions, which are 'stated' by the space itself as an alternation of subject of a whole dramaturgy which unfolds (in extent) or shrinks (stratigraphically), lending to the space a kind of 'identity' and flexibility.
Additionally, and precisely because these comico-tragic 'mirages' of Simis Gatenio, though formulated poetically and elegiacally, are not derived from one-dimensional realities (since the artist has ostracised any rationalised version of them), or, at least, because he does not seek that they should be recognisable, they are able - through the fluidity of the script of the subconscious - to 'self-undermine'. They are suspended tragically, and at the same time, ridiculously, in the works of Simis Gatenio, like palimpsest patterns on space-time and on the constant upheavals of the subconscious. In any event, the artist depicts feelings which involve, to a greater or lesser degree, the contemporary life of the megalopolis, in order to exorcise them."