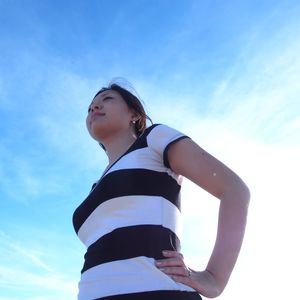 Snow Yunxue Fu (b. 1987) is a Chinese-born and Chicago-based artist exploring the aesthetic concept of the sublime through a wide range of digital media. Trained formerly as a painter, Fu is known for her elaborate 3D animations that are modeled after the allegorical paintings of Caspar David Friedrich. Fu introduced computer animation to contemporary art at a time when the medium was colored by its mainstream associations with scientific modeling and commercial animation in film.