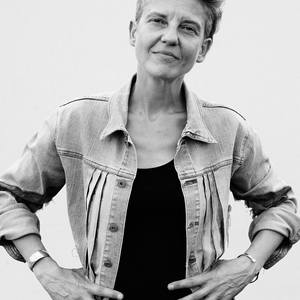 Lives and works in Vienna, Austria.
Born 1973 in Judenburg, Austria.

Holding a degree in architecture, she established her internationally acclaimed fashion label STEINWIDDER in 2002, focussing on conceptual refashioning of textile waste and second-hand clothing for 15 years.
Since 2014 STEINWIDDER creates three-dimensional artworks being a continuum of her artistic language. Her inspiration evolves from dealing in depth with coincidentally „found items“: objects relating to her rural origin, as well as other items corresponding to her very unique understanding of something being “of value”. For reassigning meaning, form and function of these found objects she uses techniques of creative interventions. Doing that, she portrays them in a new, conceptualized context.

Her works have been shown in several exhibitions in Teheran, Shanghai, Beijing, Havana, Colombo, London, Paris, Berlin and Vienna.

Acceptance into the Costume and Fashion Collection of the University of Applied Arts Vienna in 2019.

The works of STEINWIDDER have been shown in exhibitions in Teheran, Shanghai, Beijing, Havana, Colombo, London, Paris, Berlin and Vienna.