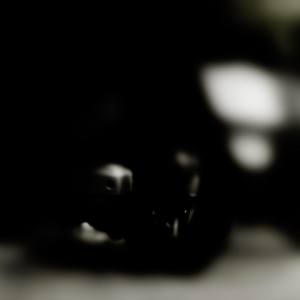 I was born and raised in London, UK. I studied painting at Chelsea school of Art, where my passion for cities was cultivated. I moved into digital filmmaking in the late 1990’s where I was able to explore cities through moving image sequences. These were used in live video mixing performances at various moving and urban festivals around Europe and the UK.

In 2016 I moved to Saigon, Vietnam where I teach design. I am due to complete my PhD, which is a creative practice PhD using moving image as a medium to document and visually experiment with the unique urban habitat that Saigon has to offer. Most of my work has avoided the centre of the city, and is focused on a very local area, untouched by tourism and westernisation that impacts many Asian city centres.

The influences on my work come from varied sources. Architects such as Bernard Tschumi, Atelier Bow-Wow, Liebeskind [early proposals and his drawings] Hadid again only her drawings from her early career. Filmmakers range from Wim Wenders and David Lynch on the commercial end to Peter Hutton, James Benning and Leighton Pierce. I am also very fascinated by artists such as Paul Klee, Caravaggio for his lighting, Ed Ruscha, and many others

I work with digital moving image, due to its immediacy. Moving image has introduced Duration as a critically important aspect of my creative practice, as duration extracts details of the urban spaces such as events, movement and the context these happen in the spaces and places of Saigon.

In 2019 I took part in three large exhibitions. The first was a Joint show in the Lygon Gallery in RMIT University Vietnam. In the second show I had numerous films played on a large format projection [16m wide] in the Design Hub Gallery in Melbourne Australia. The third was a joint show held as part of the Vietnam Festival and Media and Design, in Hanoi, Vietnam. Outside of the these I have had works shown internationally in the USA, Europe and across Asia.

A number of digital prints have been purchased by International clients, ranging from large 2 meter high digital prints through to smaller sized prints.

Currently undertaking a Ph.D. at RMIT University, School of Architecture and Urban Design.

2019. ‘Dau An Thoi Gian [Sign of The Times]’. Exhibition of research and practice on the hems of district 4. Lygon Gallery, RMIT University Vietnam, HCMC, Vietnam. March - May 2019