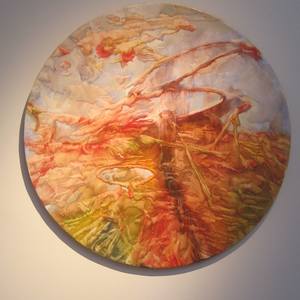 Jonathan Chapman studied at the Ruskin School of Fine Art and Drawing, Oxford, under the direction of the printmaker Jean Lodge. After graduating in 1984 he moved to Andalucia, southern Spain where for the next seven years he continued to paint and sculpt. In 1992 he finished a one year European postgraduate course in painting in Barcelona and Winchester. He exhibits regularly in the UK and abroad.
While he works and exhibits in a European context, he still retains stong creative links with his native north Norfolk.